Skip to content
Home » European Bike Week 2016: our experience
Next

“European  Bike Week 2016: Just like right after a concert, we can still hear the reving engines, and the adrenalin is still pumpin in our veins! What a show!” Part of the Ends Cuoio Team, as every year since 2008, participated to the biggest and most anticipated European Harley-Davidson event. Between colleagues, as happens between bikers, is like being part of a big family so who had to stay home, to keep things going, was able to live the atmosphere of the Faaker See with who was there working hard and making history at the 2016 European Bike Week. This is the reason why we decided to share with you the intense and unforgetable moments of this year edition!

The Harley Village opening, for this year edition, was set for Tuesday, September the 6th, but the Ends Cuoio Team – as usual – was already there on September the 2nd for the Arneitz opening. 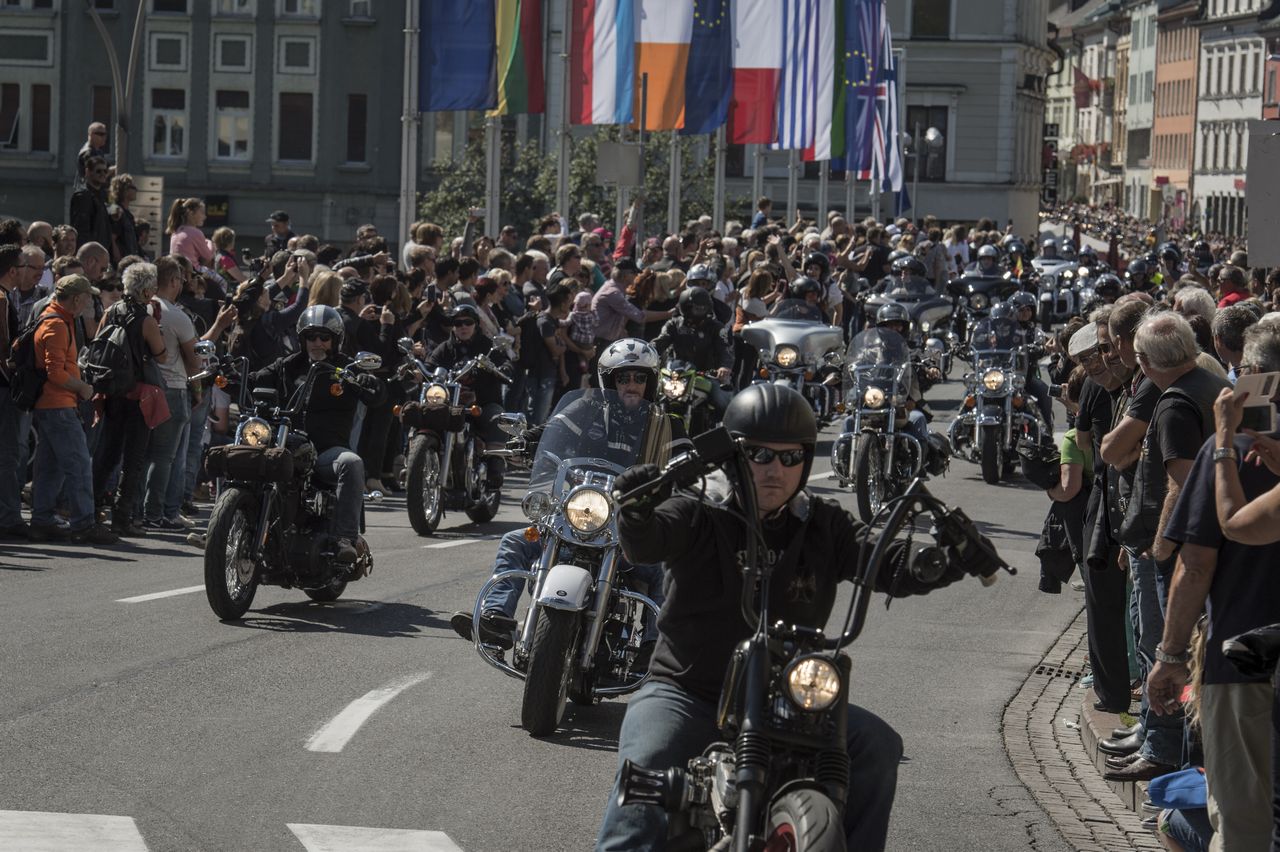 Who has been there at least once in his life, knows what Arneitz means: it’s the beating heart of the European Bike Week, a place in which bikers from all over the world share their love and passion for Harley-Davisdson and custom bikes. What we really love about Faaker see is its atmosphere, which is uncomparable to any other Rally we participate to. Is not that other Rallies are less worthy; here is just different. The essence of the nature and the cultur of the Carinthia region are right there waiting to be experienced and shared by brothers coming here from all over ther world.

Scent of bretzel, bbq, and exhausts in the air, along with the Faaker lake breez, make a unique and irresistible mix. Not to mention the sky: cloudy skies, and sunsets look like paintings of which is impossible to get tired of. 2016 European Bike Week numbers are crazy: 120.000 bikes of which at least 70.000 belonged to the V-Twin family.

For the first time in years, we were placed in a sligthly different space; 3rd road beside the camping. An Italian famous song goes “stessa storia, stesso posto, stesso bar” which literally means nothing changed, we only had less sun over our heads! (Thanks to Bea Schumach, Bea Schumach who assisted us with the place!).
Exept for a couple of days of rain, that turned the Faaker ring into a mudpot, the rest of the rally has been – until the very last day- blessed by the sun with the typical warmth of the last days of summer. 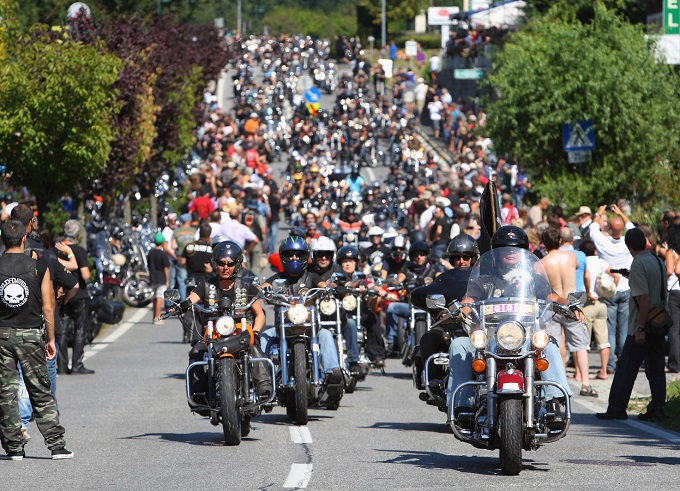 Our visitors? Let me tell you this: never a dull moment! Every night, tired but happy, we went to sleep thinking about all the fun we were going to have with our biker friends the very next day.
Who followed us Facebook and Instagram has been able to see the amount of bikes – that were waying for us in the morning to get our Harley Davidson saddlebags installed – and of bikers coming around even to just talk motorcycles. We had the pleasure to meet with friends from allover the world; from North Europe to Quatar, and even someone from overseas. We met fantastic people with whom we hope to be able to keep in touch just to talk bikes and everything that revolves around the motorcycles universe.

This European Bike Week edition came with a lot of treats! The most important is, for sure, the new Milwaukee-Eight 107 engine that we are going to see on all 2017 Harley-Davidson Touring models; it has been the main attraction in the demo area throughout the event.
Paul Teutul of American Chopper,surprised everyone when showed up at the rally with his son Mike and a family friend. Music, music, and music again! Live music all day, everyday, accompanied 120.000 every minute of the event! Unfortunately we were not able to be at the live concerts but the friends who visited our stand told us everything about country, rock, and blues fests that entertained the bikers during the rally.
Last but not least, Bill Davidson led a parade of 10.000 motorcycles that, proudly riding through the roads along Ossiach, gathered visitors from all over Austria.

Where you there? Did you come visit us? We will gladly look at the pictures you will decide to share, and eagerly reply to your comments