When, a couple of weeks ago, we heard that Elvis Presley’s Harley Davidson Electra Glide was going to auction we could not believe it. Believe it or not, the last August the 31st, in Los Angeles, Elvis’s Electra Glide was sold at the Artifacts of Hollywood auction. Although the motorcycle owned by The King of Rock is now the thrid most expensive motorcycle in the world, it did not meet the expected price point. 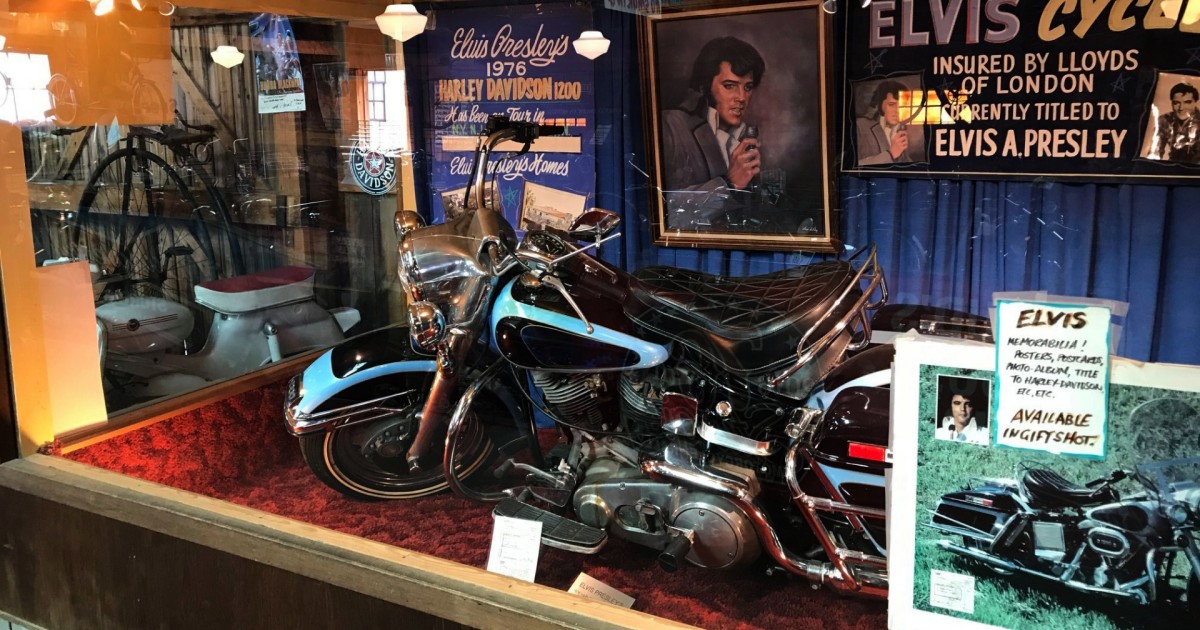 This Harley was bought by Elvis Presley a couple of month before his premature death in 1977; which makes it the last motorcycle bought by The King of Rock. Due to its owner’s fate, this 1976 Electra Glide only rode for 130 miles. Pioneer Auto Museum di Murdo nel South Dakota has been preserving it from 1980 up untli today. Back when they announced the bike would be up for grabs at the Artifacts of Hollywood and Music auction, the folks at GWS Auctions expected the bike to fetch as much as $2M. Had the auction reached the ambitious estimate, the 76’ Electra Glide would have become the most expensive bike in the world. However, as much as people still love the King even 40 years after his death, nobody was willing to throw their millions at the auctioneers to get their hands on a motorcycle his butt had touched. Instead, on August 31, the Harley fetched only a third of the anticipated amount, going for $800k. Only a third of the expected amount.

His cars went to auction too

Along with his motorcycle, a couple of his cares were auctioned on the same day. However, none of the two cars had the same succes as his Harley Davidson. A 1973 Lincoln Continental and a 1967 GMC Pick Up, respectivly sold for 70.000$ and 30.000$

When people talk about us, despite the fact that we handcraft a various number of products, they talk about our leather bags for motorcycles. Leather bags represent the very best of our production; products of which creation comes from the desire of satisfying a precise need: produce something functional, durable that can also please the eye thanks to an unmatched design. Ends Cuoio produces premium vegetable tanned leather saddlebags thanks to a meticulous choice of premium materials and thanks to the work of highly skilled leather artisans that every day are able to express their self creating fine products that represent the very best of Made in Italy.

The key of our saddlebags success is the meticulous study of the motorcycle models for which our products are designed for. When creating a new backpanel with a cutout for the suspension, or when creating a new detachable systems, our experts and our Centro Stile – beside pushing the limits of the products already available on the market – study every detail of a given motorcycle model in order to provide the best installing and riding experience possible to our fellow biker. Attention to detail and a unique design that screams innovation are icing on an already perfect cake. Our experience in leather works, our studies and our innovative choices are the reason why we grew at the point of being well know all over the world. Working on products intended for Harley Davidson Motorcycles we have had the pleasure to work with other famous brands from all over the world. We believe that a bag must be a travel companion more than a simple accessory, something that is able to express who we are, what we believe in and why not, remind us about all the adventures we lived.

All customers from Canada will not be charged additional taxes and/or custom duties at delivery.
Ends Cuoio covers all fees and duties for you.